How to Use Anti Fly Net?

The most important role of insect net is pest control, after the insect net is covered, as the insect net mesh is small, the general density is 24-40 mesh, it can prevent insect pests flying into the shed, can effectively inhibit the invasion of pests and spread by the pests of some diseases such as the spread of virus disease. In addition, anti fly net also has anti-rain erosion, anti-strong wind, anti-hail, frost damage and other functions.

When we use of anti-flying network, we should also pay attention to several issues. First, the whole growth period must be covered. Insect screening shade less, should be covered throughout, do not give the opportunity to invade pests in order to receive satisfactory pest control effect. Second, select the appropriate specifications. Insect net specifications include amplitude, aperture, diameter, color and so on. The third is fixed problem, after the cover, need to be compacted with bricks or clods, need to press the network line pressure firmly in line to prevent the wind blow open. 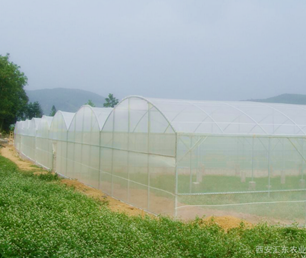