Are you really good at buying Greenhouse Insect Nets?

generally 4-6 years, up to 10 years.It not only has the advantage of sunshade net, but also overcomes the deficiency

It is necessary to install insect-resistant net in greenhouse. It can play four roles:

1. Effective insect control.After covering insect-control net, it can basically avoid many insect pests such as rapeseed

After the agricultural products are covered with Greenhouse Insect Screen, they can effectively avoid the pests

According to experiments, the protective effect of insect-resistant net on green cabbage, asparagus bean pod bean

2, can prevent disease.The spread of the virus can have disastrous consequences for greenhouse planting, especially

for aphids.However, after installing insect-proof net in greenhouse, it cut off the way of virus transmission, greatly

reducing the incidence of viral diseases, and the control effect is about 80%.

3. Adjust air temperature, earth temperature and humidity.In the hot season, the greenhouse was covered with a white

insect net. The experiment showed that in the hot July-August, in the 25-mesh white insect net, the temperature in the

In early spring, march-April, the air temperature in the Greenhouse Insect Screen covering shed is 1-2℃ higher than

In addition, the insect-control net can prevent part of the rain from falling into the shed, reduce the field humidity, reduce

the incidence of disease, sunny days can reduce the moisture evaporation in the shed. 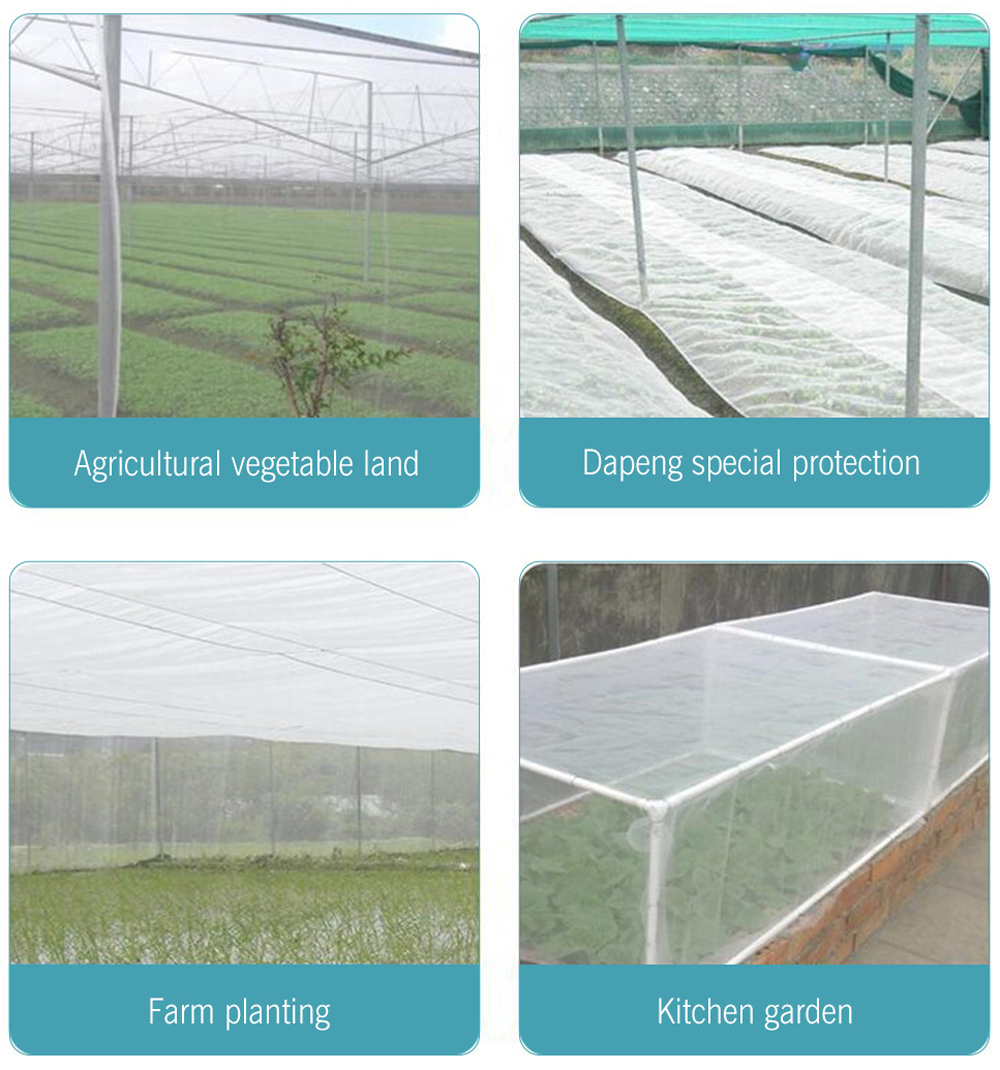